Read more about SVG in
The Lo-Down
Bedford+Bowery

June 4, 2016
Exploring Green Spaces on The Lower East Side

12/31/15 A spokesperson for the Dept. of Housing Preservation and Development confirms the transfer of SVG to the Green Thumb Program for permanent protection in The Lo Down NY and Bowery Boogie. 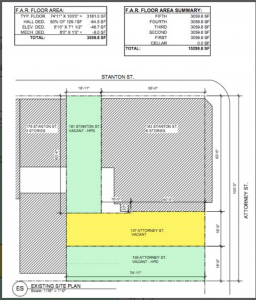 October 2, 2014
Save Siempre Verde Garden: Another LES Community Garden Threatened with Development
Siempre Garden Issues a Cry For Help as Developer Moves In Bedford and Bowery

October 2012
A Sukkah Pops Up at 181 Stanton Street
Save Siempre Verde Garden 991 supporters.

August 19, 2012
Guerrilla garden action as Stanton lot is taken over The Villager

It is in the interest of the community to have green space. Our garden will add some lungs to the asphalt of the city playground.

John Donahue, a graphic designer and decades long resident of the block

Trespassing to Plant Flowers, and a Flag The New York Times 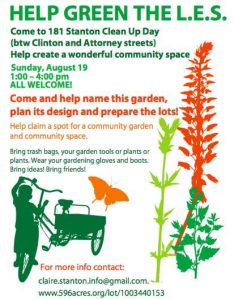 Special thanks to Living Lots NYC by 596 acres, where our initial organizing occured.

Read more about SVG in
The Lo-Down
Bedford+Bowery

Siempre Verde Garden celebrates the ethnic riches and intergenerational connections of our LES community by providing a place to be with nature. SVG improves quality of life, offers sustainable living—an educational resource for the neighborhood.

Much Gratitude to Green Thumb, Margaret Chin, Gardeners and Volunteers… 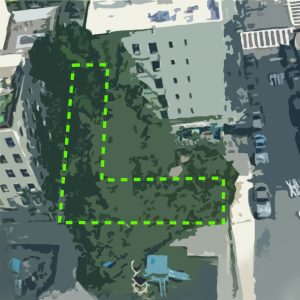 Green Oasis with @felicerosser on stage now! Closing out day 3 of 11th Harvest Arts Fest. Wow! http://Lungsnyc.org for schedule, continuing through 10/16. See you in the gardens

From the Ground Up: A Petition to Protect New York City’s Community Gardens https://nyccgc.org/2020/12/from-the-ground-up-a-petition-to-protect-new-york-citys-community-gardens/

Since 2011, neighbors have begun campaigns to transform over 200 sites with @596Acres. http://shareable.net/ZpA

Awesome op-ed from @CityCollegeNY students working with @596Acres about one of the many problems with the city's tax lien sale process, which puts important neighborhood cultural, nonprofit, and faith-based institutions at risk #protectourplaces

Department of Finance creates a taxing nightmare for nonprofits https://nydn.us/2rSjagf